This month sees the publication of John Cooper Clarke’s first new collection of poems in decades ‘The Luckiest Guy Alive’ out now from Pan Macmillan TLGA collects stunning set pieces, tried-and-tested audience favourites and brand-new poems to show Cooper Clarke still effortlessly at the top of his game. The perfect Christmas gift for the aspiring punk poet or even for yourself!

Other new titles out this season

Not since the 1939 publication of TS Eliot’s Old Possum’s Book of Practical Cats has such an ingenious, witty and thrilling collection of animal poems been released. I’ve rounded up a rowdy assembly Of my own Consequential Dogs As counterparts to Eliot’s mogs. Mine are a rough and ready bunch: You wouldn’t take them out to lunch . . . But if they strike you as friendly, funny, Full of bounce and fond of a romp, Forgetful of poetic pomp, I trust you’ll take them as you find them And, at the very least, not mind them. T. S. Eliot’s best-selling collection of practical cat poems has been one of the most successful poetry collections in the world. For the first time in Faber history a companion volume will be published. Originally conceived by Eliot himself, Old Toffer’s Book of Consequential Dog poems are a witty, varied and exquisitely compiled as Eliot’s cats.

I Am the Seed That Grew the Tree: A Nature Poem for Every Day Of The Year £25.00

Named after the first line of Judith Nicholls’ poem ‘Windsong’, is a lavishly illustrated collection of 366 nature poems – one for every day of the year, including leap years. Filled with familiar favourites and new discoveries, written by a wide variety of poets, including John Agard, William Blake, Emily Brontë, Charles Causley, Walter de la Mare, Emily Dickinson, Carol Ann Duffy, Eleanor Farjeon, Robert Frost, Thomas Hardy, Roger McGough, Christina Rossetti, William Shakespeare, John Updike, William Wordsworth and many more, this is the perfect book for children (and grown-ups!) to share at the beginning or the end of the day, or just to dip into.

The Flame is a stunning collection of Leonard Cohen’s last poems and writings, selected and ordered by Cohen in the final months of his life. The book contains an extensive selection from Cohen’s notebooks, featuring lyrics, prose pieces and illustrations, which he kept in poetic form throughout his life, and offers an unprecedentedly intimate look inside the life and mind of a singular artist and thinker.  An enormously powerful final chapter in Cohen’s storied literary career, The Flame showcases the full range of Leonard Cohen’s lyricism, from the exquisitely transcendent to the darkly funny. By turns devastatingly sad and winningly strange, these are the works of a poet and lyricist who has plumbed the depths of our darkest questions and come up wanting, yearning for more.

Her final collection as Poet Laureate, a frank, disarming and deeply moving exploration of loss and remembrance in their many forms. Presented in a beautiful, foiled package, this will be the poetry book of the year. A small number of limited edition signed copies are available contact the shop to reserve your copy now. 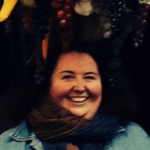